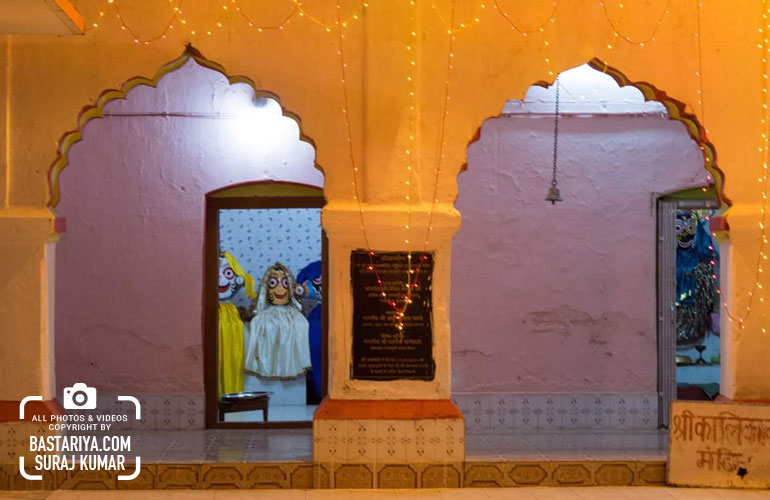 The creators of Earth and the universe are visited in India which is constructed in the form of temples. The temples are largely visited in India and hence are believed to be the highest God structures. Visiting temples not only just meets your spiritual beliefs but also gives complete peace and focus. Temples are largely visited by hard core visitors and devotees during any festivals as they seek the blessings of Gods and Goddesses on auspicious occasions. Hence, when in India one must not be surprised to see the variations India has and offers.

When celebrating Rath Yatra, the devotees from nearby and distant places visit the temple and participate in many activities like playing Tupki. These activities are performed only in honor of the Lord and hence it is completely celebrated with joy, love and belief. The festival marks its presence and spirituality all round the city of Jagdalpur. Not just the festivals are celebrated with lot many offerings, in fact many fruits and a huge amount of food variety is also devoted to the Gods during festivals. For festivals related to God Jagannath, lot numbers of ripe jackfruit and germinated mungbean are the main offerings.

Since, the temples are worship areas hence they are flooded with visitors and pilgrims all throughout the year. The temples are mostly the areas wherein people can find peace and dwell into spirituality. Hence, devotees are always welcomes to the temple premises. Might this not be a different place of visit for Indians, but it is for people who are not from India. In fact, every temple has its own origin and is a must visit by any human. Visiting one of the greatest replicas and mostly visited, the Jagannath temple should be on your list to practice some peaceful and spirituality during your trip to the state that houses natural beauties, the Chhattisgarh.