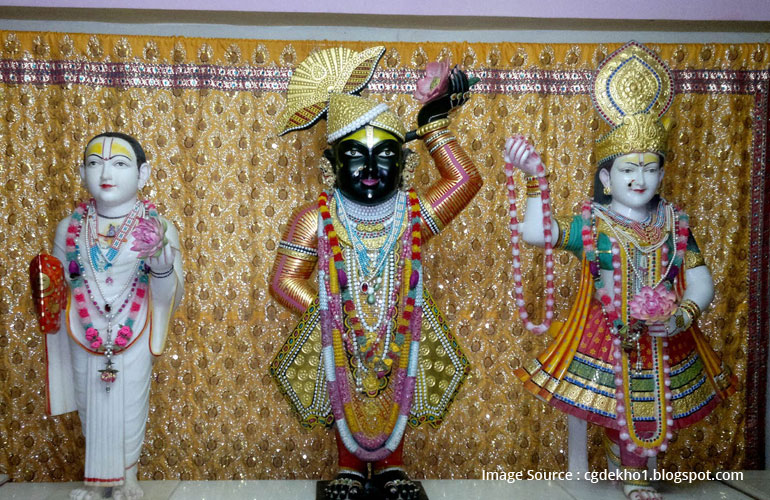 The leafy village of Champaran (aka Champaranya) marks the place of birth of Vallabhacharya, one of five recognised Acharyas in the Hindu tradition. It is also home to the Champeshwar Mahadev Temple where Shiva-bhakts supplicate in droves during Mahashivratri. A day visit is sufficient to cover the two main attractions here.

Popular belief has it that Vallabhacharya was born while his parents were attempting to escape Central Asian invaders in Kashi. Their return to Andhra Pradesh found them breaking their journey at Champaranya where his mother had a stillbirth. After they placed the lifeless baby under a tree, Krishna appeared in a dream announcing his own arrival as their son. The parents rushed back to find him alive and encircled by a protective ring of fire. Consequently he was named Vallabh (‘dear one’).

Take NH43 heading south (58km, 1 hr one way) from Raipur till Abhanpur; exit the highway at the fork here towards Rajim. From Rajim, Champaran is just 15km away in the easterly direction. Taxis are available for hire from Raipur on a daily basis; Rs.1450 upwards.

Winter (Nov—Feb) is the friendliest season for a visit to Champaran.

Vallabhacharya Jayanthi (Apr or May)